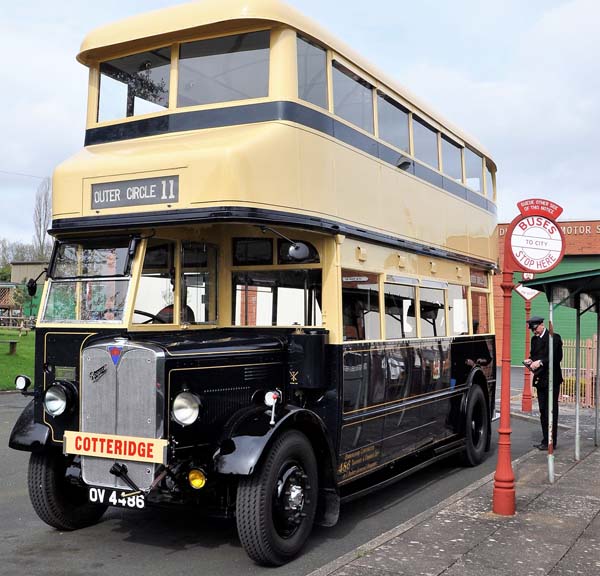 This bus is the subject of a major restoration project, for more details click here

Around 1930, designs developed so rapidly that these AEC Regents look very different to earlier and later buses. They were called 'piano fronts' for the obvious reason!

Petrol engines were still usual. The last 20 Regents had bodies by Metro-Cammell that were built to its new, robust metal frame design instead of using the timber frames of earlier bus bodies.

This bus, no 486, began service on 4 December 1931 from Harborne garage.
It later ran from Barford Street, Perry Barr and Liverpool Street garages. It was one of 30 Birmingham Regents briefly loaned to London in World War Two during the air raids and ran from Turnham Green garage. Wartime shortages meant buses deteriorated and ironically 486 was the first Metro-Cammell Regent to be taken out of service, in April 1944, following engine failure.

486 was sold in 1946 for scrap but, 23 years later, it was discovered being used as the home of an elderly recluse! A Birmingham bus group saved it from being scrapped but did not have suitable premises in which to restore it so 486 was sold to a London preservationist.

It returned to this area in November 1973, now owned by the Museum's predecessor society. Shortages of time and money meant that restoration was slow until sufficient finance allowed a professional restoration to commence. A spectacular return to the roads is expected in 2018.

486 is thought to have the oldest metal-framed double-deck body in the world.

Back to West Midlands Collection