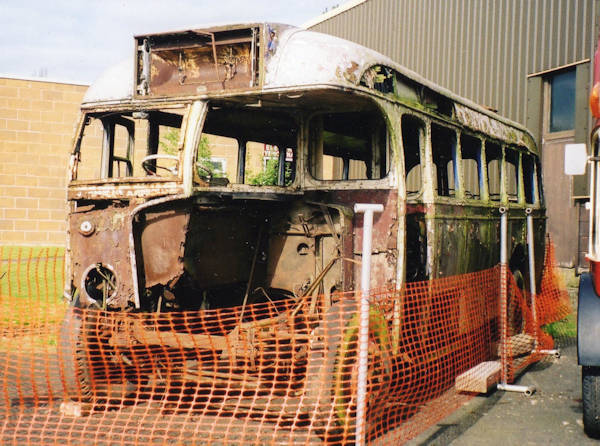 This bus is for sale!

Stratford Blue's first new single-deckers were ten Leyland PS1 buses with bodywork built to the standard design of the BET Federation, delivered in 1948-9. BET did not impose this design on its subsidiaries but it was built by several coachbuilders for a number of companies.

The Stratford vehicles were unusual, receiving Northern Coach Builders bodies. Withdrawn in 1960, the redundant PS1s proved popular with Welsh independents, GUE 247 eventually being saved by Norman Myers before coming to Wythall. The chassis lacks the significant running units and the body was already in very poor condition before its arrival at Wythall. It has been kept under cover for most of its time at Wythall to prevent further deterioration.

The bus is at the back of a long list of restorations at the museum and the trust is open to offers or other proposals for this vehicle.