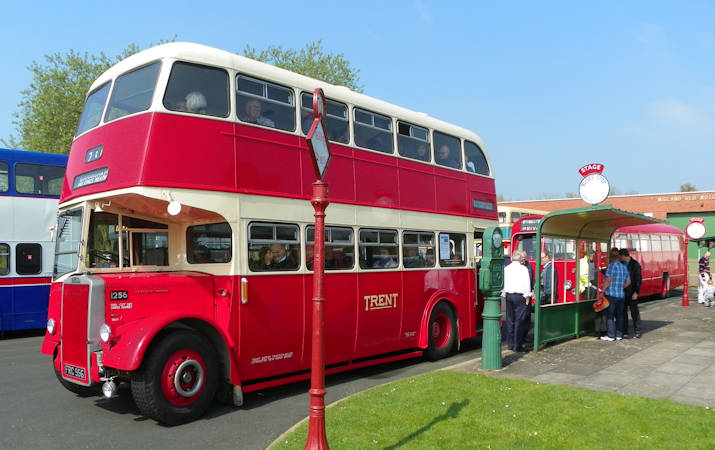 Up to the 1950s, bus services in towns were cheap and frequent. Passengers travelled in reliable and comfortable buses which compared favourably with typical private cars.

This bus has power operated doors and heaters and, apart from the suspension, arguably gives as comfortable a ride as a modern bus.
Today's bus drivers, however, would expect an easier gearbox, better brakes and power steering.

Having to keep buses longer during World War Two had shown weak points so, when peace returned, bus bodies were beefed up to give much longer lives.

While most buses had bodies by specialist coachbuilders mounted on operators' preferred chassis, Leyland also offered complete vehicles. Such was the worldwide popularity of Leyland trucks and bus chassis that, to increase their production, bus body construction had to cease. FRC 956 has the very last bus body built by Leyland.