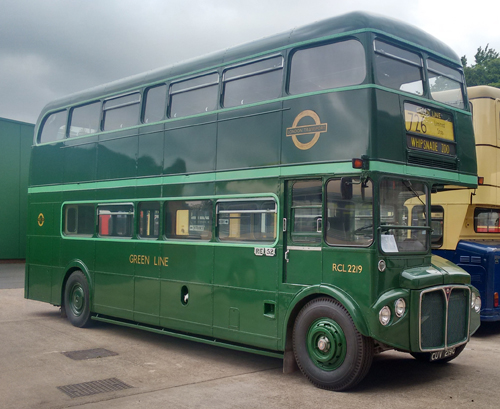 ZENITH OF THE HALF-CAB BUS

London Transport's Routemasters are probably the world's most famous buses. Ironically they were out-of-date in some respects when they were built between 1959 and 1968 as many operators were already buying rear-engine buses.

Some Routemasters were built for London Transport's Green Line services.
These were limited stop services running from central London to places on the outskirts of Greater London. They had platform doors, better suspension and seating. The quality of construction and specification means they were arguably the best buses of their time.

RCL 2219 was new to Romford London Road garage in May 1965. London Transport was divided in 1970 and its Green Line buses passed to a new company, London Country. In 1972 RCL 2219 was downgraded to a bus and transferred to Reigate, moving in 1977 to Godstone.

Declared redundant by London Country in 1978, it returned to London Transport, initially as a driver training bus. In 1980, however, it was overhauled and painted red for a few more years' service.

RCL 2219 joined the Wythall collection in 1985. The aluminium body frame was in good condition but much of the panelling needed replacing and all the special Green Line features had to be found and refitted.