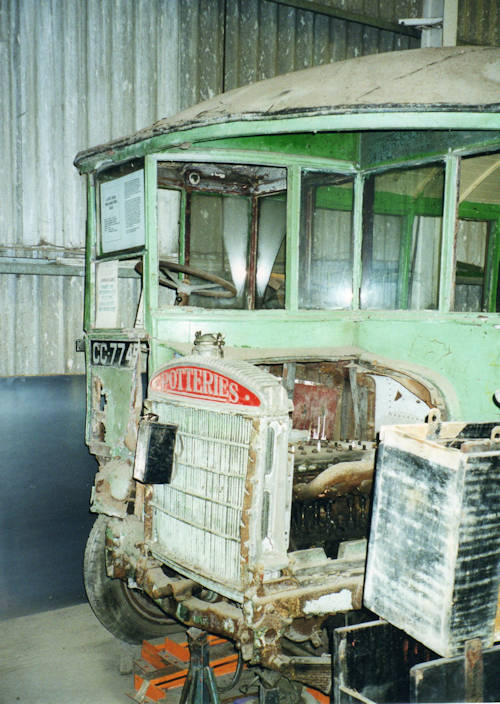 Midland Red's desire to build a lightweight bus, seating as many passengers as possible within a vehicle length of 25 feet, led to the introduction of the SOS 'Queen' in 1927. Over 650 'Queen's and derivatives such as the QL were built for Midland Red and associated companies. The QL was a slightly lower version (literally 'Queen Low'), achieved largely with smaller, disc wheels instead of spoked wheels.

CC 7745 was new in 1928 to Llandudno Coaching & Carriage Co., trading as Royal Blue, and passed with the company to Crosville in February 1931. It received Crosville's then maroon and cream livery and fleet number 521. Non-standard in that largely Leyland fleet, the whole batch of 16 was sold to Potteries Motor Traction in 1934, hence that company's name on the radiator. This bus became Potteries 42 but was withdrawn in 1937, nine years being a typical life of a bus at that time. It then disappeared but, by 1952, it was found serving as a caravan near Llangollen. It was rescued many years later for preservation by Mr Tom Hollis of Queensferry and acquired by this museum in May 1984.